Review: The Dream of Shahrazad and The Wanted 18 offer two wildly different but inspired insights into the region. Only one of them really succeds, however.

There were two documentary films about the Arab world at this year’s Human Rights Watch Film Festival, and they could not have been more different.

The Dream of Shahrazad is a long, exploratory and musical perspective on certain parts of the region in the post “Arab Spring” period, held together by the common thread of the 1001 Nights and the idea that music and story-telling can be a transformative outlet in difficult times.

The Wanted 18, on the other hand, is about a specific incident in a small town in the West Bank. Brilliantly conceived and executed, it manages to reveal the very nature of the Palestinian-Israeli conflict while also – surprisingly – remaining upbeat.

In The Dream of Shahrazad, filmmaker Francois Verster uses the famous storytelling princess of the 1001 Nights as a link among different people in Istanbul and Cairo. This is an inspired idea and starting point, and the film skillfully moves between different people and places, using musical resonances and thematic echoes, interviews, clips from old films and media, story narration and footage of demonstrations and, more disturbingly, torture.

Unfortunately, the film’s primary goal – to be a work of art that explores the role of art during turbulent times in Egypt and Turkey – keeps both people and events at arms length.

One of the eloquent characters followed in the film is a Turkish conductor, putting on a performance of Rimsky-Korsakov’s Scheherazade in Istanbul. The main point he and other interviewees make is that society (whether in Turkey or Egypt) used to be more cosmopolitan, mixed and tolerant. Did we need to sit through the filmmaker’s own attempted symphony to learn this little nugget? Not really. Did we learn how and why this change took place and its effects on people’s lives? No.

A theatre troupe in Cairo is another focus of attention. One of its projects is to bring people together to narrate their experiences of the Egyptian revolution, turning the pain of failed revolution, the deaths of “martyred” loved ones, imprisonment and torture by the authorities into shared performances for the community.

This would have been a fascinating group of people to focus on, but like all the other people in the film, they remain elements in Verster’s grand scheme. He offers clips of the troupe’s performances and its director’s words of wisdom, before moving swiftly on to the next place, person, image and sound.

Documentaries can take many forms, and if a tonal exploration of a subject is the best way to get to its heart and offer understanding, then so be it. This film is an ambitious and skillful mood piece that builds itself gradually to a crescendo finale, but it is too limited by its own self-conscious artistry to permit more than an impressionistic understanding of the cities it features and the lives of the people who live there.

By contrast, The Wanted 18 is both informative and creative. Employing traditional documentary techniques such as interviews, original home video and media footage and voiceover narration, filmmakers Amer Shomali and Paul Gowan also make innovative and entertaining use of animation to tell a remarkable story.

Shomali grew up in a Palestinian refugee camp in Syria, reading comic books and hearing stories about Palestine. This is one of them. In 1987, as the first Intifada broke out in Israel-Palestine, one of the neighbourhood committees in Beit Sahour, a suburb of Bethlehem, decided to buy 18 cows from an Israeli as part of the drive to become self-sufficient and end reliance on Israeli products.

Several townspeople who were involved at the time recount the story, while Shomali’s animated talking cows provide a creative perspective that highlights the absurdity of the Israeli military campaign to find and destroy 18 cows officially deemed “dangerous to the security of the state of Israel”.

The cows were adored by the townspeople, who only had previously only had experience of goats and sheep. For the first two years of the Intifada they managed to produce their own milk, even distributing it under military curfew. But this was only part of the initiative. Everyone in the small, mainly Christian town participated by growing vegetables, even in tiny plots of land, or keeping chickens – all contributing to the community’s self-sufficiency and self-organisation.

Meanwhile, the cow barn often provided shelter at night for both Christian and Muslim stone-throwing activists, who could not return home for fear of being arrested.

The occupiers were taken by surprise. “They never thought of Palestinians as having the capability of this level of community organization,” says one inhabitant.

An Israeli interviewee, Ehud Zrahiya, who was advisor to the Israeli military governor on Arab affairs at the time, admits Israel was worried that Beit Sahour’s peaceful resistance and self-sufficiency would provide a model for other Palestinian towns and villages.

Naji Nassar, a Beit Sahour doctor, recounts that he was one day asked by Israeli soldier why he was sweeping the street. “To keep the city clean,” Nasser replied. The soldier asked, “Isn’t there a municipality for that?” Nassar replied that he was helping the municipality.

“This was the signal that something was going wrong,” Nassar says. “A physician cleaning the street meant that there was more to the Intifada that just throwing stones.”

Nassar and other respected members of the community were from then on subjected to harassment and arrests. Israeli soldiers also came to the farm and photographed each cow, threatening to kill them if they were not removed within 24 hours. The town proceeded to play cat and mouse with the Israelis – in Tom and Jerry style – moving the cows to different locations and continuing to outsmart them by producing milk.

But the military campaign became harsher. Israeli military governor Shaltiel Lavie recalls: “We had a directive on dealing with those who formed neighbourhood communities with all the necessary force… so as to prevent the possibility of their setting up an administrative apparatus which was ultimately designed to replace our own.”

After four years of arrests, torture and confiscation of the household belongings and businesses of those who refused to pay tax to the Israeli state, Beit Sahour was defeated.

Most interestingly to a contemporary audience is the fact that for the first two years of the Intifada, the people of Beit Sahour – and perhaps of Palestine generally – believed they were winning.

One inhabitant felt that Palestinians were masters of their own destiny for that brief period, and nostalgically remembers their ability “to achieve with our human values and non-violence huge things”. Another stresses the heavy price that must to be paid to get rid of occupation, while a third, who was a protesting university student at the time, says that the years he, his brothers and friends spent in prison were wasted since nothing was achieved.

The Wanted 18 focuses on a specific town and story, but manages to be extremely informative about the first Intifada and the Palestinian-Israeli conflict in general, while also being creative and quirky in just the right way. Shomali and Gowan portray the endless creativity, ingenuity and humanity of Palestinians resisting occupation. Israel defeated this particular project and the Intifada as a whole, but the film proves that the spirit lives on. 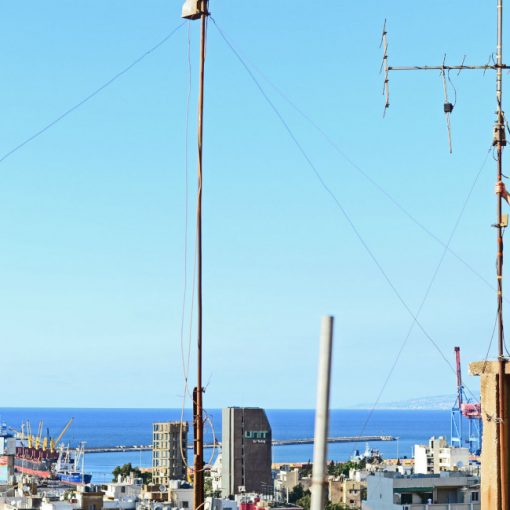 Assassinating Shakespeare: confessions of a bard in the bush Thomas Goltz Saq Twenty-eight years ago, the war journalist Thomas Goltz travelled around […]