ISIL’s iconoclasm is really about violent conquest, in which peoples and civilisations are threatened with extinction.

The video of the destruction of Assyrian antiquities in the Mosul Museum by Islamic State of Iraq and the Levant (ISIL) members was shown by all major news outlets, and incensed the world.

There was some relief in the subsequent revelation that many of these antiquities were, in fact, replicas of items that are held in Baghdad Museum – which has just reopened after 12 years – and elsewhere. But the instinctive outrage felt by people around the world and expressed on social media was palpable and significant.

Why are we particularly distressed by this and similar destructive acts when people’s lives in many parts of the region are being destroyed or taken on a daily basis?

As well as the purely visceral reaction to the violence of the video, there was a recognition that an even more sinister political element was at work. We were shocked by the wanton destruction of artefacts because material culture is not only about people but also about identity. It connects us to the past and embodies and represents our collective experiences and achievements.

The horror felt while watching the video was not a superficial alternative to being outraged and spurred to action by the persecution and murder of human beings, but an extension of it. We have a keen sense that such acts of destruction constitute an attempt to eradicate the cultural identity of communities descended from ancient civilisations and who are already being persecuted – in this particular case the Assyrians, but also Chaldeans, Yazidis, Kurds and others.

The antiquities in Mosul Museum and Nineveh archaeological sites are part of the history of extraordinary diversity that makes up modern Iraq, so their destruction affects a very wide community, and they are of course part of “world heritage”, as many have argued and UNESCO’s concern suggests.

For these reasons, the iconoclasm of ISIL differs from the opportunistic – or even systematic – looting and trading of antiquities from museums and archaeological sites that have occurred in Syria, Iraq and countless other war zones in recent times. These took place, and continue to take place, in the midst of chaos and were designed to enrich militias and warlords or feed desperate civilians starved by war.

Insofar as ISIL can make a claim to a theological basis for its vandalisation of Mosul Museum and other sites, their actions were undertaken in the belief that they had to eradicate the use of idolatry, or representative art, which it claims is forbidden in the “true” interpretation of Islam.

Similar beliefs motivated the Taliban’s destruction of sixth-century Buddhas in Bamyan in 2001, and the threat to ancient manuscripts in Timbuktu in northern Mali by the Ansar Deen group.

The feeling of outrage inspired by the video can be partly unpacked by considering the history of this kind of iconoclasm, which is not limited to the severe strain of Islam.

The original “iconoclasts” were those of eighth-century Christian Byzantium. When the eastern church wanted to differentiate itself from the western church and its reliance on art, imperial authorities sought to ban religious images and icons.

In fact, the Byzantine empire saw the creation of some of the most extravagant and intricate works of religious art, and these would be mercilessly looted and vandalised during the 13th-century Fourth Crusade, for the enrichment of European kingdoms and statelets.

Like ISIL, previous instances of iconoclasm may have been about religious doctrine, but they were also deeply politically motivated. Thomas Cromwell ordered the destruction of English monasteries during the 1530s because they were a powerful source of wealth, and they were regarded as “the enemy within”, allied to Rome just as England was creating its own Anglican church.

Iconoclasts reappeared during the English civil war of the 1640s and 1650s, when religious protestants – the Puritans – took a similar view of representation in religious art and destroyed medieval sculptures and church interiors.

Despite the religious element, ISIL’s iconoclasm is really about violent conquest, in which peoples and civilisations are not only attacked, brutalised and humiliated, but also threatened with extinction.

Its desire to destroy the past to make way for a single vision of truth is not dissimilar to the upheavals of the Chinese Cultural Revolution during the 1960s and 70s, when Maoist communism imposed its vision on millions by killing and torturing them, as well as destroying their cultural heritage.

Iconoclasm has traumatised people throughout history because it is associated with the worst moments of blood-letting and conquest. What is particularly horrifying today is that ISIL has a separate enterprise to eradicate the past and any communities that are different from them.

The video shows us not only the madness of religious iconoclasm, but also imparts the sense that the destruction of these ancient artefacts is a symbol of the destruction of ancient communities, which are being uprooted from their cultural location and threatened by eradication. 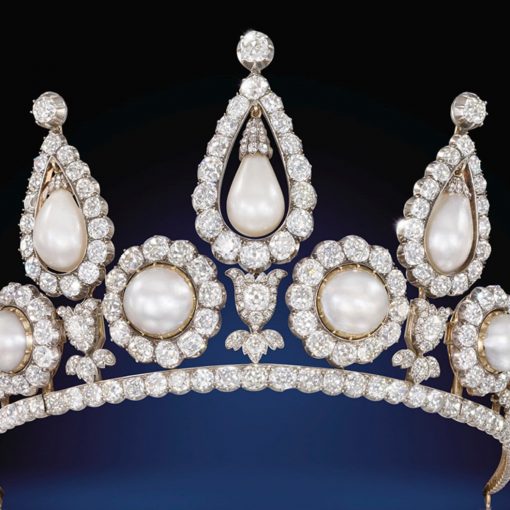 The Daily Star Route 181: Fragments of a Journey through Israel-Palestine, shown as part of the Human Rights Watch Film Festival in […]