The degenerate life of Ehtejab, last of the Persian Qajar princes, lies fragmented in the pages of The Prince, a welcome new translation of Hushang Golshiri’s novella. Little-known in Britain, Golshiri was one of Iran’s foremost writers and pre-revolutionary modernists.

The Prince (Shazdeh Ehtejab in Persian) was written in 1969, ten years before the ayatollahs came to power, and escaped the shah’s censors because it depicted the decline of the earlier Qajar dynasty, overthrown in 1921 by General Reza Khan, later Shah Pahlavi. Nevertheless, there are implicit associations between the Qajar and Pahlavi regimes, and Golshiri was jailed for six months after the appearance of Bahman Farmanara’s landmark 1974 film Shazdeh Ehtejab, on which he collaborated. The work equally offended the conservative Islamic Republic, and Golshiri lived under the threat of assassination until his natural death in 2000.

Golshiri’s novella, influenced by the nouveau roman, is famously difficult. Its stream-of-consciousness narrative disconcerts with its constant shifts of perspective and changing voices. Fragmented impressions appear divorced from their context, their significance only gradually revealed. Photographs come to life, old memories merge with present experiences, reality and dreams drift indistinguishably into each other, and the living and the dead pass in and out of the prince’s consciousness with hallucinatory urgency.

Coughing with the tuberculosis that has killed several members of his family, including his beloved wife and cousin Fakhronissa, Prince Ehtejab sits alone in the great hall of his house, where his tormented and guilt-ridden thoughts drift from the dusty black-and-white photographs of his illustrious ancestors to partial and disjointed memories of his childhood and marriage. Piece by piece, the secrets of a dissipated and violent monarchic dynasty emerge. Fakhronissa, pale and bookish, reads aloud from their great-grandfather’s memoirs, reciting the arbitrary cruelties of their common ancestors – stories of executions, torture and massacres. She functions as the family conscience, and paradoxically goads the prince for his lack of bloodthirstiness: under his rule, the epic brutalities and womanising of his forebears have been reduced to drinking, gambling and the tawdry psychological cruelties he inflicts on a dying Fakhronissa as well as on his mistress, Fakhronissa’s plump and sensual servant Fakhri.

Despite his flaws, Prince Ehtejab commands the reader’s sympathy, and his predicament is always compelling. His consciousness gives way to those of Fakhri and Fakhronissa, both of whom make him aware of his failings, though they often merge uncomfortably with one another. Like his wife, the prince feels the burden of his ancestors’ crimes, which he is unable to imitate but from which he is unable to escape. While Murad, the old coachman, keeps returning in his wheelchair to announce yet another royal death, the prince waits for his own.

Although Prince Ehtejab represents the end of an era, his is not the gently ironic voice of Lampedusa’s Prince of Salina. Rather, it is a profoundly modern voice whose shattered identity can be expressed only in stark, disjointed images: the impassive faces in the photographs; Grandfather’s jewel-encrusted throne and silver-topped cane; the prince’s hat and walking stick; the fountain in the courtyard; the coachman’s squeaking wheelchair; Fakhronissa’s white lace dress, spectacles and beauty spot; Fakhri in the mirror; the coloured-glass windows that clatter when the prince coughs. These images, almost incantatory in their frequency, build up meaning in a manner reminiscent of French symbolism.

1976 translation has been published only in an academic periodical. James Buchan’s translation is more jarring, because it is closer to the original. Buchan has been careful to preserve Golshiri’s sentence structure, and even consulted the author’s widow and brother on some issues of interpretation. His version conjures up a disconcerting, deeply evocative world.

Film – What would a Sterne scholar make of a new version of an “unfilmable” novel? Having spent several confused years writing […] 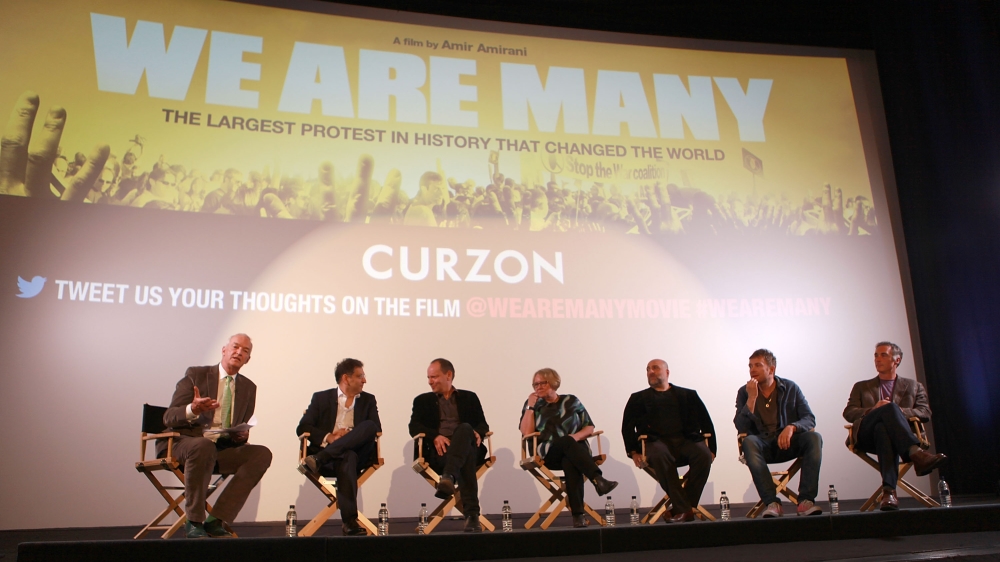 A film that reminds us exactly why Bush, Blair, and others in their administrations should stand trial. Tony Blair’s not entirely unexpected […]